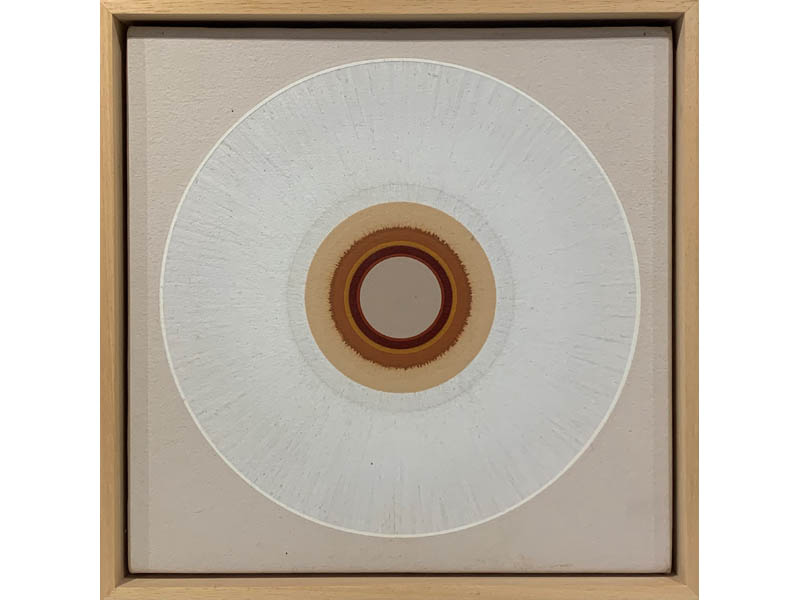 An important Canadian painter, draughtsman, printmaker, muralist, sculptor and educator of the 1960s and 1970s, Brian Fisher was born in Uxbridge, England and emigrated to Canada with his parents in 1940. sStudied at the University of Saskatchewan's Regina College, the Vancouver School of Art and the Academia de Belle Arti in Rome. He taught at the University of British Columbia and at the Vancouver School of Art, University of Calgary, the Banff Summer Workshop and the University of Regina. When in Regina, Fisher worked under and was influenced by several members of the Regina Five and also by the Russian Constructivist style that emphasized a sense of movement, a melange of modern abstract design and ancient philosophy.
Following his first solo exhibition at the New Design Gallery in Vancouver in 1965, Fisher garnered national attention when his work was shown in the Canadian Pavilion at Expo '67 in Montreal and in Perspective '67, the Canadian Centennial exhibition at the Art Gallery of Ontario.
Fisher's most important Canadian commission was a mural for the Montreal International Airport at Dorval.
His home from 1981 was Henley Beach [Adelaide], Australia. Fisher's Op Art creations rank among Canada's most distinctive works of abstract art.