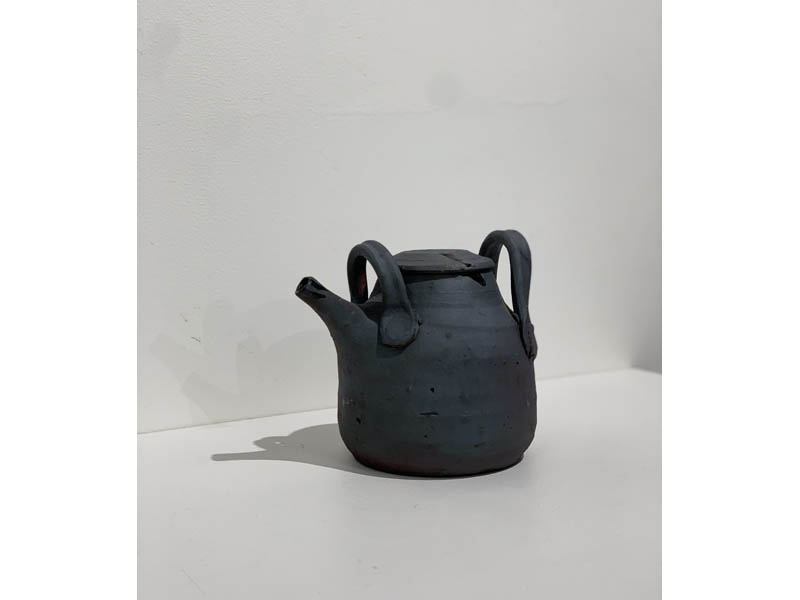 Milton Moon (1926- ) was born in Melbourne. Like most young men of his generation, his life was interrupted by war. Settling in Brisbane in 1949, he worked in radio and television and trained for a while as a painter while also pursuing an early interest in pottery through his friendship with Harry Memmott. In 1959 he set up a studio at Tarragindi, Brisbane. He was mostly self-taught but learnt wheel-throwing from Mervyn Feeney, a discipline that he passed on to his students at the Department of Technical Education in Queensland (1962-1969) and the School of Art in Adelaide (1969-1975). After retiring from teaching, he started potting full-time at Summertown in the Adelaide Hills, where he still lives and works today. He was made a Member of the Order of Australia in 1984 for 'service to the ceramic art, particularly pottery'. He signs his production work with an incised 'M' with a long first stroke, and exhibition pieces 'Milton Moon'.