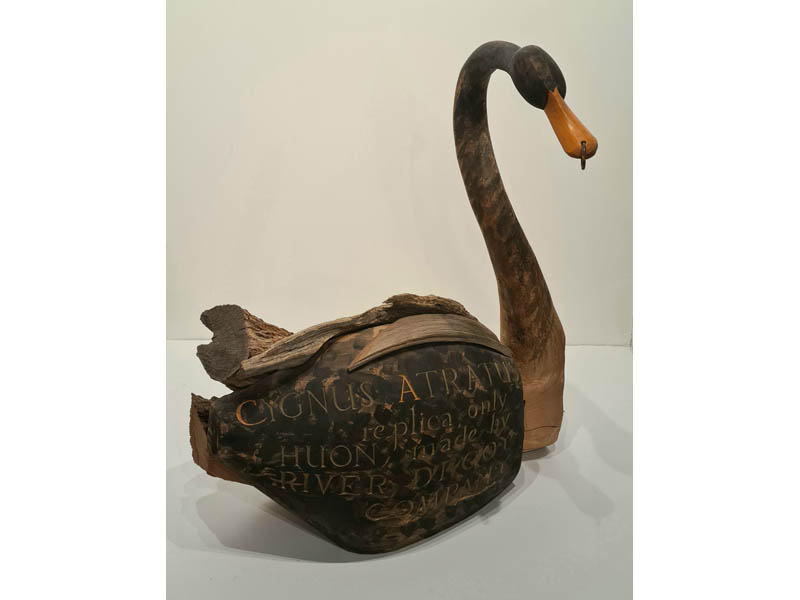 Peter Taylor was an Australian artist renowned for his distinctive wooden sculptures and assemblages made from Huon pine, a timber native to the Huon Valley region of Tasmania where he lived and worked from 1961. Taylor was one of several prominent Tasmanian sculptors combining art, craft and design in eclectic three-dimensional works in the 1970s and 80s.
Taylor trained East Sydney Technical College (now the National Art School) in 1943–44. After being discharged from the air force in the mid 1940s, he moved back to Sydney where he made his first sculpture and became involved briefly with the Merioola Group, in Darling Point.
Around 1950, Taylor relocated to Hobart where he became acquainted with local artists, notably Stephen Walker and Jack Carrington Smith. There, he drew, painted and experimented in modelling with beeswax. In 1953, he won the Tasmanian Centenary Sculpture Prize with a beeswax bust portrait.
Throughout the 1960s and 70s, Taylor devoted most of his time and energy to teaching art – from 1961 to 1966, and in 1967, lecturer in sculpture at the Tasmanian School of Art
A visit to New York in 1977 inspired Taylor to resign from teaching and work full-time as a sculptor. He recalled in a 2010 interview for the Art Gallery of NSWarchive: ‘I was just working and I realised that I had a lot of time to make up, that I had had years of not having been able to work. The analogy is that I was like a steam engine, under pressure, and it all came out.’ The following year, Taylor held his first solo exhibition, Sculpture and mythical imagery, at Watters Gallery in Sydney. The intricately carved and highly imaginative wooden sculptures in this show – a hybridisation of human and avian forms with inanimate objects such as aeroplanes and crossbows – spoke not only of Taylor’s experiences of living off the land in the Huon Valley, but also his lifelong fascination with flight, in particular the Greek myth of Icarus and Lawrence Hargrave’s fabled experiments in aviation. The critic Nancy Borlase praised the show, writing in her review, ‘Taylor’s mythical imagery transcends mere craftsmanship’. In the early to mid 1980s, Taylor’s work was included in several major exhibitions of contemporary art, notably in 1981 in the Australian Sculpture Triennial and Perspecta and in 1984 in the Biennale of Sydney. His sculptures had evolved into statuesque figures composed of whittled limbs, raw timber torsos and classical faces, embellished with carved birds, stamped text and coloured paint. His interest in myths was sustained in these pieces, which bore resemblance to characters in Greek plays, or the Green Man, a fictitious personification of the landscape. In the series that followed, such as Ringbarked and Arch, Taylor’s sculptures became increasingly nonfigurative and polychromatic without abandoning his interest in nature and classism. Taylor undertook numerous public and private commissions in Tasmania, Victoria and Canberra, and his work has been collected by numerous state galleries .