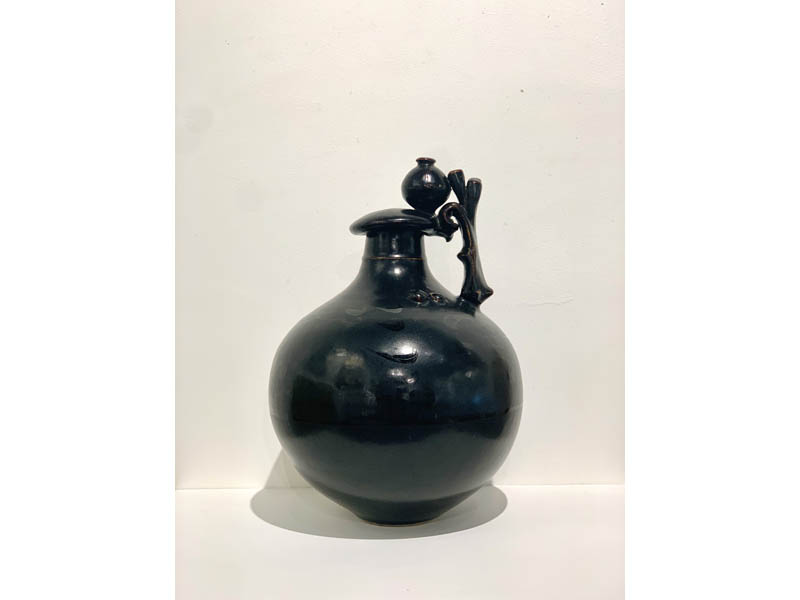 Alan Peascod (1945-2007) came to Australia from England in 1952. He graduated from East Sydney Technical College in 1965, then spent six months at Sturt Pottery in 1966 and a year in London in 1968 before setting up a studio at Mt Kembla and teaching for two years at Wollongong Technical College. From 1972-84, he taught at the Canberra School of Art, almost immediately meeting the Egyptian Said-el- Sadr and becoming interested in reduced lustre ceramics. He was head of the ceramics department at the Glasgow School of Art from 1985-1986, and the Illawarra Institute of Technology from 1987-98. He obtained a Doctorate from Wollongong University in 1995, his research inspiring an interest in figurative ceramics. In 1999 he retired from teaching and moved with his family to a property near Gulgong, NSW. An interest in majolica was sparked by a residency in Gubbio, Italy, in 1999. His death in 2007 left many mourning the loss of a significant figure in Australian and International ceramics.