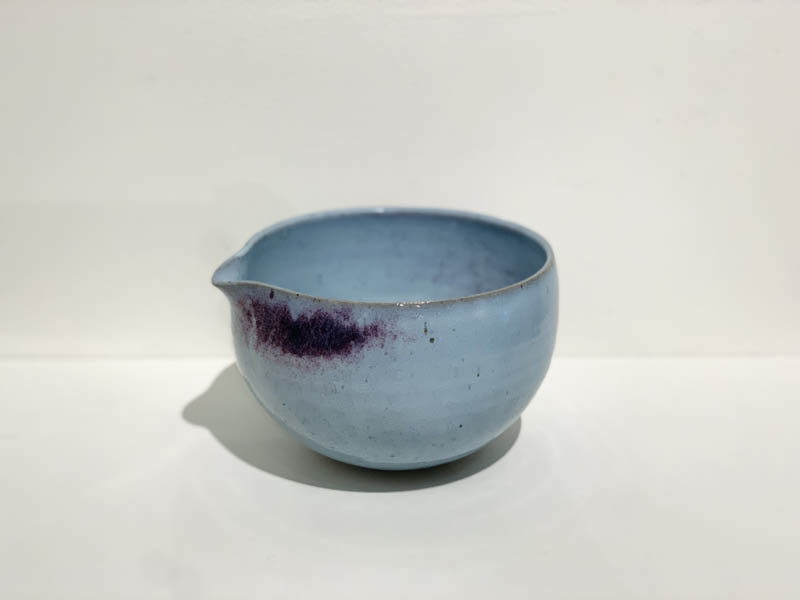 Shigeo Shiga (1928-2011) trained at Kyoto Ceramic Institute and studied for ten years with Saburo Saito, Kenichi Tomimoto and Kiyoshi Nakajima. He came to Australia in 1966 at Les Blakebrough�s request, to work at Sturt Pottery, and ended up staying in Australia for thirteen years. During his time in Australia, he had an important influence on Australian pottery. He stayed at Sturt from 1966-1968, meeting his wife Alexandra there. (They married in 1968.) He worked with Bernard Sahm until the end of 1971, then established the Asuka Pottery on the edge of Sydney, at Terrey Hills. From 1966-1972, he also taught at the East Sydney Technical College (now the National Art School), becoming known as Shiga-San to a generation of NSW potters. Andrew Halford, who trained with Shiga in 1968-1969, took over the pottery when Shiga went home to Japan in 1979. He and Alex returned to live in Australia in 2009. The Asuka Pottery seal is an impressed bar with two dots in a circle. Shiga used a Japanese mark for his own work